The 2011 New Zealand Census involved recruiting across the whole of New Zealand for large temporary workforce of approximately 7,500 staff. Results exceeded expectations, with over 23,000 applications and 98.7% of all job seekers applying online.

StaffCV was a good fit for the census project. It was fast and easy to create jobs, for job seekers to apply online, and for hiring managers to use from anywhere, home or office.

The New Zealand Census of Population and Dwellings is a large-scale project that happens once every five years. It is the official count of how many people and dwellings there are in New Zealand, and takes a snapshot of the people in New Zealand and the places where they live. The information collected from the census is important as it is used by local councils, communities, government and the general business community to assist planning and development for the future. It provides a new and accurate set of information about every part of the country, right down to small geographic areas.

To undertake the census field operation, Statistics NZ needed to recruit a large temporary workforce of approximately 7,500 field staff. This was a unique HR and Recruitment challenge for the Census HR team. How were they going to recruit one of the largest temporary workforces in New Zealand, keep track of and ensure the confidentiality of all their applicants’ information, while working within budget, resource and timeframe constraints?

Moving away from a Manual Process

Recruitment for the 2006 Census was primarily paper-based. Application packs were distributed via post and email to prospective applicants, returned by post, centrally registered and re-directed by post to hiring managers.

There was an enormous amount of paperwork and data entry required, significant time delays due to the postage and re-postage process and large postal costs. A significant administrative and support workforce was required to keep track of all applicants.

It was very challenging to manage applicants from such a vast geographic area without the use of an online system, and no dedicated HR resources managing this part of the project.

For the 2011 Census, the goals were to eliminate as many of the manual processes as possible, and to streamline it all so that the majority of recruiting was done online. This required the use of tracking systems that would enable both hiring managers and the operational support team to monitor applications and recruitment progress while ensuring deadlines were met.

In keeping with the key overall strategy for the 2011 Census, the Census HR team were focused on pushing as much as they could towards online services. New strategies were discussed and more structured systems put into place, to achieve a more efficient and timely collection of applicant information, screening, assessment and appointment of staff.

Given Statistics NZ needed to hire approximately 7,500 field staff from all around the country, it was critical for them to capture accurate and timely applicant information. This was particularly important as the Census HR team anticipated receiving in excess of 20,000 applications for Collector jobs alone. The team set a goal of 90% of applications to be completed online.

It was generally accepted that an online recruitment solution would be the fastest and easiest way to provide coverage for such a large geographical area, as well as offering the best way to track applicant information in real time and monitor recruitment progress.

The team searched for a solution that was functional and easy to use for all parties: job seekers, recruiters, managers and support staff. They wanted something that demonstrated accuracy of information and was efficient.

But which solution to go with?

After reviewing several options available to them, including building their own system, Statistics NZ selected StaffCV as the technical solution to support their census recruitment processes.

The organisation already had the StaffCV Applicant Tracking System in place, and had successfully used it for some years. They knew it was able to accommodate the census team’s project-specific requirements including the ability to handle a high volume of applications, a high number of simultaneous users, and interface with other key census systems – eliminating huge amounts of data entry.

The StaffCV system was easy to learn, use and support. The census team were able to fairly easily administer the system, the information was updated in real-time, and a key advantage was its accessibility from anywhere with an internet connection!

Once the decision to use StaffCV was made, the Census HR team together with StaffCV began planning the implementation of both a training and a production system. Because the project requirements were so unique, StaffCV was customised to fully suit these needs. Creating and editing the forms, the website, and the application process was no difficulty at all.

The teams worked together to solve any queries and to configure the system to work in the best way possible for the project. The partnership between the two teams was seamless, and Statistics NZ knew that StaffCV would always come up with a solution to any issues that were raised.

Once the implementation had been solidified, it was a case of the Census team recruiting their support staff and hitting the ground running with the system, testing its capabilities during the 2010 Census Dress Rehearsal.

They noticed immediately that StaffCV was fast and easy to use. Jobs could be created in seconds, set up within a few minutes and be online with the click of a button. Applicants created their own accounts and submitted job applications online, saving the Census HR team precious time, and updated their own information online.

Once in the system, hiring managers could move applicants through the recruitment process simply by dragging and dropping records from folder to folder, and the system tracked what stage of the process the applicant was at.

Statistics NZ had two recruitment stages: a 2010 Census Dress Rehearsal phase where every portion of the system was tested and run as if it was a proper Census, and the 2011 Census itself. While the dress rehearsal went smoothly, it was only run in a few localised areas requiring the recruitment of approximately 50 staff. The 2011 Census involved recruiting across the whole of New Zealand and approximately 7,500 staff.

The Census HR team knew that it would be a challenge to recruit such a high volume of people from all around the country. Initially, they anticipated receiving in excess of 20,000 applications for Collector positions with approximately 90% applying online.

For all the recruitment campaigns run – there were 6 in total – results exceeded expectations. The online application response was a huge success. The StaffCV website was intuitive, making it quick, secure and easy to use for job seekers. More than 23,000 people applied for Collector positions alone with an overall 98.7% of job seekers having applied online.

One of the main benefits for the census team was the fact that the system was always accessible, online, with real-time data updates. Geographically dispersed hiring managers were able to use StaffCV at any time of the day or night, from work or from home. This meant the hiring managers had more flexibility to monitor application response at a glance and progress recruitment activities to ensure deadlines were met.

StaffCV was able to capture all of the information that the census team required, filter applicants for screening purposes and enable the Census HR team to use electronic information for Ministry of Justice criminal record checks.

System performance was unaffected by the high volume of site visitors, registrations and applications and was always reliable and stable, with no down-time. Overall, it was a huge time-saver and allowed the census team to adhere to strict procedures at the same time as providing flexibility.

Ongoing support was provided to census field staff from the Census HR team as well as the StaffCV support desk. This included evening and weekend support.

StaffCV was a good fit for the census project. It was easy to customise and met the needs of the team. It was fast and easy to create jobs, for job seekers to apply online, and for hiring managers to use from anywhere, home or office. 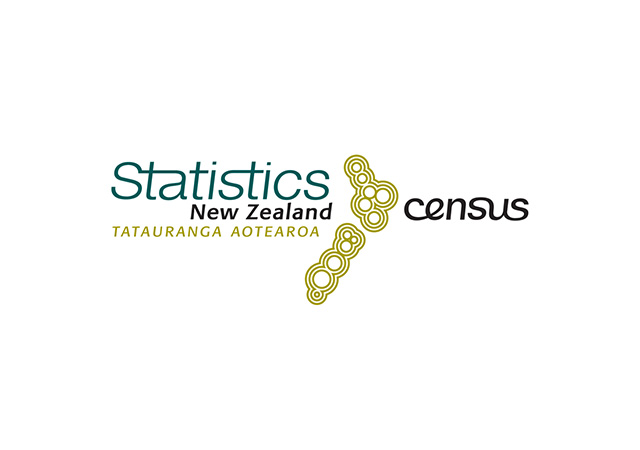